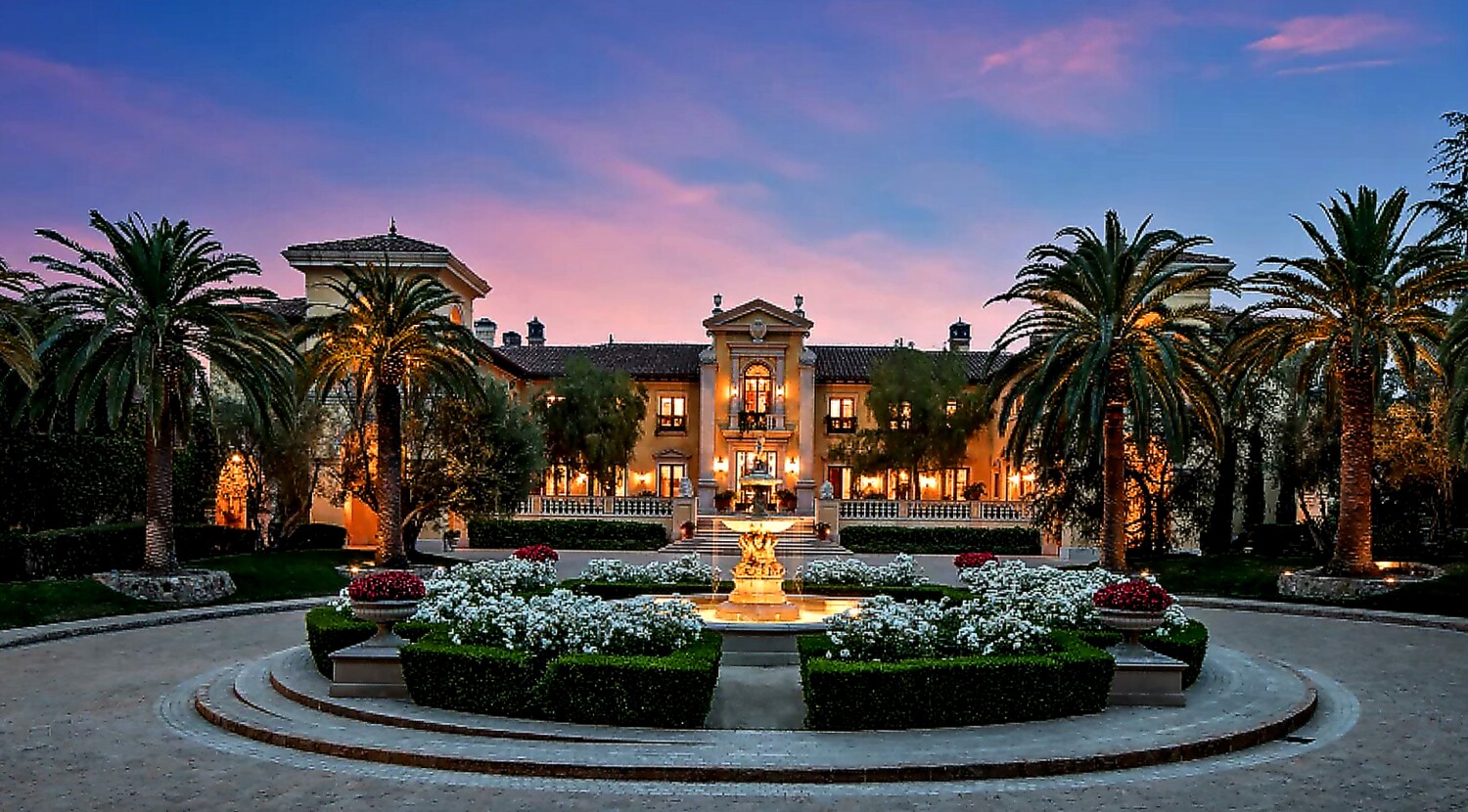 When biotech entrepreneur Roy Eddleman purchased Villa Firenze at public sale for $51 million, actual property sources thought of it a steal — contemplating that the Beverly Park mega-mansion initially surfaced for sale at $165 million.

A year later, Eddleman is hoping to flip the prized property for an enormous revenue, itemizing the Italian-inspired showplace for $120 million — making it the fifth-priciest property on the market in L.A. County.

It’s a large ask, particularly contemplating there have been no main adjustments to the property. But in Beverly Park, all bets are off. Sylvester Stallone sold his residence there to Adele for $58 million in February, and Mark Wahlberg is purchasing his place round for $87.5 million.

Villa Firenze rivals another mansion within the uber-affluent neighborhood in each measurement and scope, with 12 bedrooms and 16 bogs throughout greater than 31,000 sq. toes. It combines three tons throughout almost 10 acres and comes with a guesthouse, pool home, swimming pool, tennis courtroom, basketball courtroom, soccer discipline and one thing the itemizing refers to as a “child’s maze.”

Hungarian billionaire Steven Udvar-Hazy, who made his fortune within the airplane leasing trade, is accountable for the palatial property. He purchased the property in 1993; the home was completed 5 years later.

The entrance of the property incorporates a motor courtroom with 40-foot palm bushes and room for 30 vehicles. Inside, European-style dwelling areas embrace a stone entry, front room with 20-foot ceilings, fitness center, library and gift-wrapping room.

Another spotlight comes within the two-story library, which incorporates a dramatic rotunda and secret passageway that results in the first bed room and den.

When the villa sold last year for $51 million, it grew to become the priciest residence to ever be auctioned off. That file has since been shattered by Fashion Nova founder Richard Saghian, who paid $141 million at public sale for a 105,000-square-foot mega-mansion known as the One.